The Miracle of Luck Featured 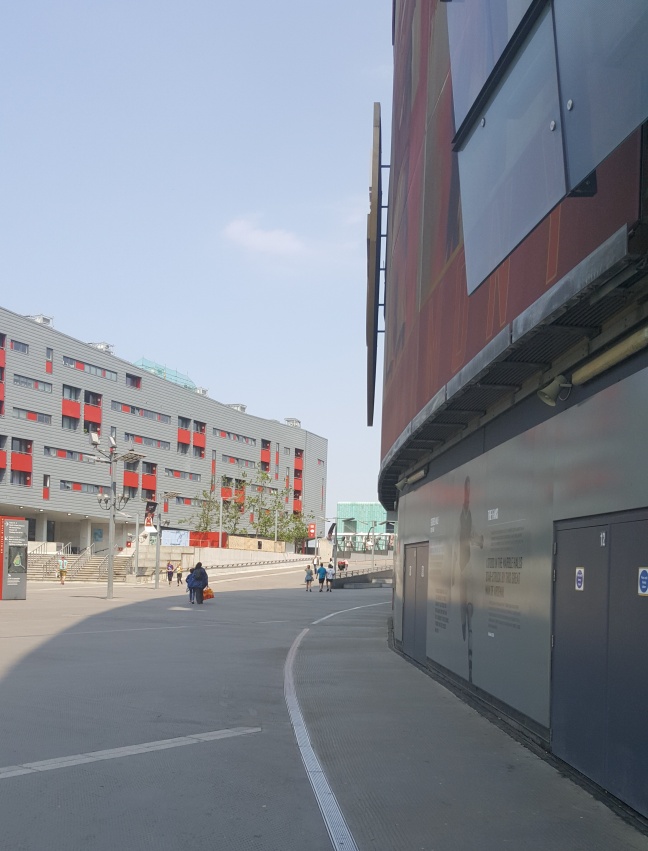 The definition of luck (or chance) varies by philosophical, religious, mystical, or emotional context of the one interpreting it. According to the classic Webster’s Dictionary, luck is “a purposeless, unpredictable and uncontrollable force that shapes events favourably or unfavourably for an individual, group or cause.” However, the author Max Gunther defines it as “events that influence one’s life and are seemingly beyond one’s control.”

I used to pray for luck, but later I adopted the belief there is no such thing as luck. I believe luck is all about preparation. When you are well prepared, you become lucky. Over the years I have watched Arsenal play a beautiful passing game. I have watched them dominate their opponents, and I have seen how they control and take charge over the game. However, sometimes they lost matches because they were unlucky. Some of the most vital decisions went against them for faults that were not theirs. I have come to embrace the fact that you need luck and there is such a thing like luck. No matter how hard and well you have prepared, you still need a little bit of luck to make it through.

Going through many dictionaries, I found the definition is just plain and ordinary. Luck: events that influence your life and are seemingly beyond your control. Each person’s definition is based on personal experience. No one is in total control of his or her life—no matter how successful and famous. We are all subject to the unforeseeable and uninvited circumstances of life. One thing you are in control of, is your attitude. However, there are still millions out there who are not in control of their attitudes and emotions. No matter how well you think you have planned your life, luck can change the design. When luck is on your side, even when your plan is not good enough, it could still get you the intended outcome. With bad luck there is no hope for a good plan, but this does not stop you from planning and preparing.

Nothing works without good luck. Good luck is necessary for you to succeed. Perfect preparation prevents poor performance, but performance is not enough without winning. Arsenal has truly performed amazingly in some matches that they lost dreadfully. Luck was not on their side on those particular days. There are occasions where the big decisions were against them and they lost and other times when the big decision was against them and they won. There are times as well when the big decisions favoured them, yet they were unlucky to lose the game.
A miracle is an extraordinary and welcome event that is not explicable by natural or scientific laws and is, therefore, attributed to a divine agency.

A miracle is generally defined, according to the etymology of the word—it comes from the Greek thaumasion and the Latin miraculum—as that which causes wonder and astonishment, being extraordinary in itself and amazing or inexplicable by normal standards. Because that which is normal and usual is also considered as natural, miracles have occasionally been defined as supernatural events, but this definition presupposes a very specific conception of nature and natural laws and cannot, therefore, be generally applied. The significance of a miraculous event is frequently held to reside not in the event as such, but in the reality to which it points (e.g., the presence or activity of a divine power); thus, a miracle is also called a sign—from the Greek sēmeion (biblical Hebrew ot)—signifying and indicating something beyond itself. Extraordinary and astonishing occurrences become specifically religious phenomena when they express, reveal, or signify a religious reality, however defined.

When the impossible becomes possible, it is a miracle. A miracle is an event that cannot be explained, but it is welcome. Luck is uncontrollable and unexpected, but it can be explained, so it cannot be called a miracle. We expect miracles to happen in our lives that will liberate us from certain trials. To get lucky you need to give yourself all the available opportunities. You need to develop yourself in such a way that you become a miracle. Despite Arsenal being deemed the team that has had the most wrong calls against them (according to the statistics compiled by Untold Arsenal), sometimes they get lucky too. Making the effort to stay in the game gave them the opportunity to take their chance when the opportunity arrived. No matter how good the opposition is, all you need is to ensure you defend very well and frustrate them by not allowing them to score. Once they are frustrated, they will start making mistakes, which you can capitalise on.

Skill makes the impossible happen. You cannot get lucky if you do not know what you want in the first place. A drunkard got lucky by winning the lottery worth over five million pounds because he played. He took action. Maybe he just wanted ten pounds for his booze, but he got lucky and won big. He created the chance and opportunity for luck to smile on him. He made an effort to be in a place where luck could reward him.

Scoring a goal is never easy. If it were, there would be no challenge. Everyone could do it. People can say they have goals, but that does not mean they can just walk up and make perfect shots. However, if you practice envisioning, being active, and giving it your best shot, you are much more likely to score a personal goal in your life. What is your goal today? Think about it clearly, and then go out and make it happen. Your goals might not come easily. You need the miracle of luck to achieve it, but you need to have a goal for that miracle to happen to you.

Success is when preparation meets opportunity, and luck is also when preparation meets opportunity. The drunk prepared for the lottery. He saved two pounds. That was a massive sacrifice and effort. He was able to control his appetite and desires. He was very focused in order to not lavish the two pounds on alcohol. He was not sure of winning anything, but he believed he had the opportunity to get a tenner for it. He created the opportunity to meet with luck. No matter what you want in life, you have to put yourself in a position where luck benefits you.

You need to be ready for luck to find you. Some people would argue that with enough effort, you can achieve anything. From the games I have seen Arsenal lose, sometimes I think you really need luck no matter what.

While luck will always strongly affect your fate and will set boundaries, minima, and maximums, it will always require effort to achieve great goals. The factors you usually don’t have an influence on can limit the amount of control you have over your life. However, to excel at something, you will have to invest effort and have luck. You can’t create luck. You attract luck, and your effort puts you in the position to do so.

Some ways you can attract luck include:

1. Believe you will get the things you want in life. This will make you more prone to receiving them. When your mind is locked onto receiving something, it will start to subconsciously notice ways of getting what you want. It will start to notice opportunities you might have missed had you not had that picture in your head and the belief it could happen.

2. People who are lucky take more risks. Taking a risk can be calculated. You weigh your options, gauge what you can afford to lose, and go for it. If it doesn’t work out, you go for it again when you can afford to lose more. Arsène Wenger always talks about how he gambles to win certain matches such as the late winner of the FA Cup when he brought two players in the last fifteen minutes of extra time. That was a risk that paid off. Learn to take a gamble.

3. You need to work hard and be on top of your game to attract luck.

4. You need to raise your expectations if you want to attract the miracle of luck in your endeavours. Open your heart to luck and miracles. Live beyond just existing. Further your goals in any way possible. Lucky people focus on getting things done, and they go beyond simply making do. Don’t delay without good reason. Recognise that perpetual procrastination until something better just comes along amounts to making excuses. Just go for it.

5. You need to change your game. When things are not working for you on the field of play, you change the game plan or formation. This is the same in life. You shouldn’t get stuck in the routine doing the same old things without success. Change the playing field. Change something. Get off your well-beaten path.

6. Don’t ever presume you need to create your luck alone. Others can be a great support as you seek your luck. Learn to work smarter and not harder. Partner up, get connected, and be ready for opportunities when they arrive.

7. You should make it a personal goal to increase your confidence every day by becoming a little bit more expert. Make lifelong learning a cornerstone of your plan, and improve the odds you’ll be ready when opportunity knocks. If you are good at what you do, continue to work hard to be better.

8. Learn to reward yourself anytime you overcome failure. No matter what you try, you will fail sometimes. The trick is to overcome your fear of failure so as to have many more opportunities to succeed. This attitude will stop you from resting on your laurels. If you have a big victory on any particular day, you still need to go out and fail a few times to win the game. Most football fans want their teams to win all the matches, but that can never be. In life, no matter how good you are in whatever you do, failure is part of the task to succeed.

You now have what it takes to create your own luck. You need to be aware of the existence of luck, and once you are aware, you will see the opportunities of luck that easily. If you think you are unlucky, you now have the opportunity to change your outlook and start generating good fortune.
Extracted and adapted from the Book “Football and Life: The Game of Life” authored by Jefferson O Imgbi.

Get your copies today using the link: http://amzn.to/29bWoF5