How to Make Profitable Choices Featured 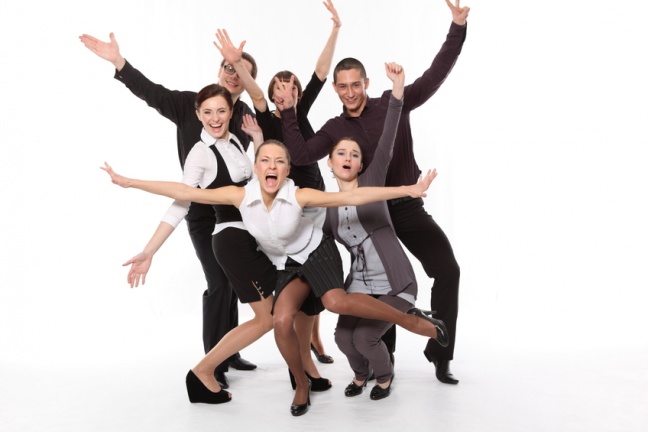 How to Make Profitable Choices

You’re faced with hundreds of choices every day, thousands even. But how can you know if you’re making the right ones? We do fall into traps many times when we are faced with real circumstances and we have to make a decision or a choice. It is always not a straight forward procedure yet some are masters in making decisions that are profitable in the long run. There are some decisions that give instant profitable result in the short term but backfire in the long run. One must be very clear and certain when making decisions.

Truth is, most often our decisions are disrupted by an array of biases and irrationalities. Sometimes we’re overconfident. We seek out information that supports us and downplay information that doesn’t. We get distracted by short-term emotions. When it comes to making choices, it seems, our brains are flawed instruments. The right decision, at the right moment, can make all the difference. What you decide will determine the kind of person you become later. Taking decisions at crucial stages can even affect your future.

There numerous numbers of times we are not sure we are making the right choice but we make them base on the circumstance in front of us. Sometimes things could change so quickly that our choices no longer apply and in this case people might look at it as a bad choice but for you it could be seen as a precaution and not a bad choice.

In January 2014 when Arsenal confirmed the signing of Kim Kallstrom from Spartak Moscow on a loan deal, it was not met with much enthusiasm. But that indifference was turned into what-on-earth-was-Wenger-thinking when it became clear Kallstrom would miss a significant amount of playing time with a back injury. With Wenger only deciding to sign a midfielder owing to the injuries suffered to the likes of Aaron Ramsey and Jack Wilshere, it made absolutely no sense, at least on the face of it, to make a move for a player who will not be available for the entire month of February and possibly beyond that.

Wenger admitted he had known about the injury to Kallstrom before making the signing, but insisted he was left with little choice owing to time constraints, having clinched the Sweden international’s signature on deadline day of the January transfer window.

“[Being fit at the end of February] is the best-case scenario,” Wenger said. “I’m sure if you have played football you might have played with a micro-fracture of your vertebra without even noticing it because on a normal scan you don’t find out. He might play before that [the end of February] but he might play as well later. I would not have signed him if we had two or three more days to do something, but it was Friday night at five o’clock, so it was [a case of] you [sign] nobody or you do it under these conditions.

The Arsenal manager defended his decision to acquire an already injured player due to the fact that Ramsey, Arsenal’s best player that season, suffered a setback, which is likely to keep him out of action for a further six weeks. “It crossed my mind after the [setback] of Ramsey, because everybody says he is back in six weeks but because he had two setbacks who can guarantee that it will not last longer? And after Tuesday night of course, because Wilshere couldn’t play [at Southampton]... it was not a 200 percent need, we could have gone without, but first of all you must identify a player who has the quality to play for us, in January,” he said.

“Then, because we have the number of players needed in that area, not to be locked in a deal of three or four years, where you pay the players to do nothing. So to find a player on a free loan, of that quality, on Wednesday morning until Friday night, is not easy.”

But surely, Wenger would have considered pulling out of the deal for Kallstrom, knowing the risks that the signing came with. “Of course it crossed my mind,” Wenger said. “I decided to do it because we might, because of the number of games we have now in February, need the players in March or April. There is a possibility [that he may not play] but as well there is the possibility that he scores us the winning goal that might be vitally important.

“At some stage in our job you have to make a decision. Are you wrong or right? You will only know at the end of the season. I made this decision because, since the start of the season, all our central midfielders have missed a part of the season -- whether it’s [Mathieu] Flamini, Wilshere, [Mikel] Arteta, [Alex Oxlade] Chamberlain or [Santi] Cazorla. All of them have had injuries and it can happen that a few of them miss the next part [of the season] together. It’s true that in the first four to six weeks we have not sorted that problem out.”

Here you can see that making these choices sometimes will not bring you instant solution but you need to weigh the options. On the pyramid of choice there are several choices to choose from and the reasons behind your choices are best known to you. I have that concept that at the time of making a choice you are not hundred percent sure it is the best choice but you know it is among the best of options you have so you make the choice base on other information and circumstances surrounding the decision. So how do you make a choice that will benefit you? We are going to use the pattern of the choice made by Arsène Wenger as our model.

Stay Clam and Peaceful
Staying calm gives you the power to be in control. Realize that being calm is an internal issue, not an external factor. It can be tempting to blame your external life for your lack of inner calm. Be kind to yourself. Being calm begins with being self-loving (which does not mean being self-absorbed).

Know Your Options
Knowledge is power. You need to investigate and understand the various options available to you. This is very important because it gives you more solution that can be applied.

List all your options
List all of your options. At first sight, it may appear that there is only one course of action, but that is usually not true. Even if your situation seems limited, try to make a list of alternatives. Don’t try to evaluate them until you’ve got a full list. Be thorough.

Weigh all the risk versus the gains
For every option, list every possible outcome and label it as positive or negative. You are not in a hurry. You want the very best so you must ensure you get the best.

Observe your feelings and emotions
You’ll be comfortable with some options and uncomfortable with others. Allowing your emotions to be in control is dangerous. Being able to control your emotions depends in part on how much you feed a particular emotion; on how much you focus on what you are afraid of, enraged by, or depressed about. You must be totally focused in dealing with the situation not allowing your emotion to be the driver.

Relate your choices to your priorities
Each question you asked yourself here is very important so you need to create a list of priorities in relation to these questions. Write down the list, and then put your options against it. If you have well-established priorities, this will be easy. If you don’t, take extra time with this step.

Make a Choice
The reason you started this exercise is to make a choice so now you have more than enough solution in front of you that will enable you to make the choice. Go for it. Don’t fold your hands. This is the time and the hour you have been waiting for. Don’t waste it.

Designate your choices
Most of the times your choice will sneak up on you before you even realize you’ve made a decision. Things should begin to fall together for you at this point. You should feel good about yourself and what you want. This strengthens your confidence in yourself, and strengthens your identity.

Register your Choice
At this point you’re putting it all together in preparation for action. Do not backtrack. Keep moving forward towards your final decision. Be very open here. I have been in a situation before while trying to make a decision the events that happened next enables me to make the decision as it puts the solution right in my hands. If I was negative I wouldn’t have been able to identify the solution.

Now Commit to your Choice
It will make no sense to spend all the time you did and energy in making a choice that you won’t commit to. Choice becomes a decision when implementation takes place. Focus your time, energy, self, and purpose on the decision.

Kim Kallstrom scored a crucial penalty against Wigan Atlantic in the semi-final of the FA cup which puts Arsenal in the final and was able to win silverware after nine years without one. So the decision is productive in the long run.