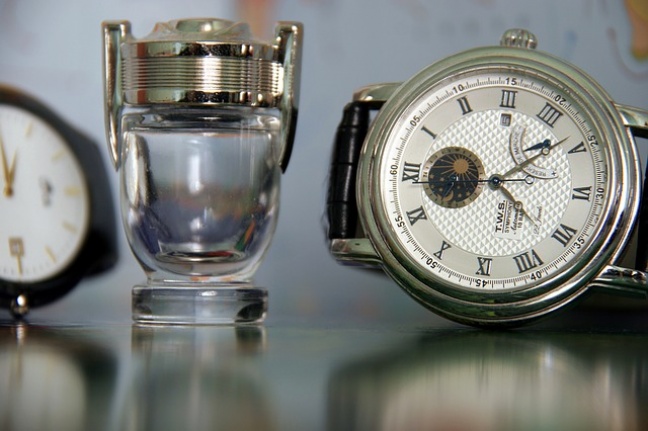 Success is the most dangerous weapon that is self destructive if not handled with care, understanding and maturity. Many people after attaining success were destroyed by that same success. Thinking about the success, confidence is vital. Skill and training is not just enough. You need the confidence to see you through.

This article is based on my book: Football And Life: The Winning Mentality. Purchase your own copy from Amazon by searching IMGBI or using the following links:

Winning is engrained in our society. We want to win. Whether it’s in athletics, business, or life, winning has become a measurement of success or achievement. Most people think that winning means coming out in front of someone else. They think winning is synonymous with “beating” others. Winning has been associated with being egocentric and ego-oriented because of the idea that winning not only depends on you or me, but also the person we are competing with. The truth is that winning is not about performing better than others, rather it is performing to our highest abilities.

My book is based on the success story of Arsenal and Arsène Wenger. Some Arsenal Fans at the time of writing the book thought I was deluded because they have not won any form of trophy for more than eleven years. The truth is they don’t understand the true meaning of winning mentality. Meaning means different things to different people base on their vision and goals. For Arsenal what winning means at the time of building a new stadium without adequate finance to buy players is totally different from what winning means to Manchester United, Manchester City, Chelsea FC and Liverpool FC.

For the small business directors, their definition of winning is completely different from that of a director of a mega company. To be real winners you need to see life as a cooperative arena, not a competitive one. The winning mentality is a frame of mind and heart that constantly seeks mutual benefit in all human interactions. Winning means agreements or solutions are mutually beneficial and satisfying. We both get to eat the pie and it tastes pretty darn good! As a Christian, as someone serving in the community through charitable organisations, I am able to stay focused because I understand that to win is not all about a trophy, but the impact in  making a difference. I learnt long before I got married that in marriage the person that seldom wins the argument is in fact the loser and the winner is the one that sacrifices so that their partner wins.

Winning is about overcoming yourself. Overcoming your body, your limitations, and your fears. Winning means surpassing yourself and turning your dreams into reality. Winning is not ego-oriented, it is task-oriented. You can finish a race far ahead of anyone else and still not win according to this definition. A business can be more profitable than a competitor, but if it did not reach its full potential, did that business really wins? Winning depends on you, and you alone. The truth is that you can win without being first, and you can still lose coming out on top.

A person or organisation that approaches conflicts with a winning attitude possesses three vital character traits:

I.    Integrity: sticking with your true feelings, values, and commitments.
II.    Maturity: expressing your ideas and feelings with courage and consideration for the ideas and feelings of others.
III.    Abundance Mentality: believing there is plenty for everyone.

For most of us, because it did not work the first time we tend to feel bad and write us off believing we are not good enough to accomplish our task, aims, goals and ambitions. We forget that good things take time to mature. Arsène Wenger understands he has a young team and new players are joining the team, so he understood they need time to gel and this can only happen if they play together for some time.

It is evil to condemn yourself just because you did not get it right, even if it is for the second time. Thomas Edison failed more than a 1000th time, but refused to accept it, was a failure, but rather said it was knowledge as he now knows the 1000th method of not being able to create electricity. He turned the bad situation into a positive statement that gave him a positive view and eventually gave him a positive outcome. It all started with how he sees it. What other people see makes no difference to him so long as he sees it in the way that will work for him at the end.

What does winning mean to you? Are you comparing yourself with someone else and feel discouraged? Winning is about you and not a competition. Winning is living a life of your own purpose versus a purpose imposed on you from society, family or peers.

Winning is overcoming obstacles such as fears and lack of motivation, restoring or establishing self-confidence, asking for and accepting help that moves you forward in life. Winning is the courage of stepping up to leadership. Winning is the awareness of your responsibility and power as a human being, it is accountable for your actions and attitudes. Winning is the integrity of keeping your word and commitments, changing from an individualist mentality to a team or larger mentality. With winning comes transformation. This is the transformation from negative “can’t do” too positive “can do” no-problem attitudes.

Why is it important to win? For me, I get motivated by seeing other people succeeding and I get inspired by their stories and their determination to succeed no matter what. Human’s ability over all other creatures on this Earth is the ability to think. All successful people use this talent to improve their lives and control their own destiny. Only you can take the initial step toward the unleashing of the power within your own mind. The power is awesome and at times can be frightening. However, human’ has abilities of the mind that many people cannot or would not believe. To develop the winner you are already created to be, you need to understand and exhibit some key characters like:

I.    Passion for Your Dream.
II.    Believing in Yourself and what you do.
III.    Having a well planned strategy to succeed.

A positive attitude helps you cope more easily with the daily affairs of life. It brings optimism into your life, and makes it easier to avoid worries and negative thinking. It leads to success and happiness. With a positive attitude you see the bright side of life, become optimistic, and expect the best to happen. If you look at the bright side of life, your whole life becomes filled with light. This light affects not only you and the way you look at the world, but it also affects your environment and the people around you. Positive attitude increases your faith in your abilities, and brings hope for a brighter future.