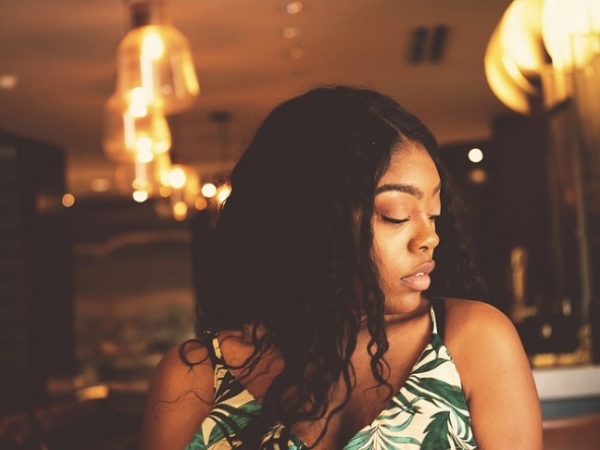 The self-saboteur pushes others away. I was writing about the loneliness of the most successful when I somehow changed course as I was analysing the reasons some successful people destroy their success. They wreck their marriage and relationship, business and money, etc. It is not a guarantee that when you make it to the top, you will stay on top.

I had a five-hours-plus counselling with a couple who worked together, suffered, starved until they were successful. They were building a mansion in their native country in Africa. Lots of their peers envy them, but by the time I was meeting with them, they had seen four marriage counsellors, and they decided they will end the marriage and share their labour if after meeting with me they could not reconcile.

The reason I spent all those hours counselling this couple was because I was researching on their issue, collecting data, analysing the data so I can advise. Any data I receive doesn’t make sense. It brings the need to ask more questions – research until the data started making sense. I spent quality time to mine the data, separated the data, analyse and applied. Everyone agreed with the root cause the moment I identified the real issue, and that alone was the solution to whatever was the reason they thought they were separating.

As a Relationship and Christian Sex Meditation Counsellor, I found in most Christian or religious breakup, most couples collaborated and had a dream together. They built their vision, and soon one partner starts sabotaging the dream or the relationship unconsciously. These couples suffered and made a life of success, and once they are successful, they discover the cracks they never paid attention earlier, the breaks they covered with prayer was no longer a crack. It has given way, exploded into thin air. Couples that were once emulated by all are in a rush to end the relationship and find their separate ways.

In life, you never plan what will happen to you. You plan what you want to achieve, but on your journey, the things you cannot control will sometimes try to redefine the outcome. You have a choice to allow the narrative of the challenge or you change the story by not reacting but responding. Couples who people envy start struggling, and they will not share their struggles with loved ones. They become depressed and thinking about taking their life. For these couples, the success they acquired made things worse or brought out the worst in them.

Why will people jeopardise their happiness all because they became successful in an endeavour? Success’ means different things to different people, but it’s something that we all seek in our way. Many obstacles can get in the way of finding one’s version of success, whatever that may be. It does not matter which areas they experienced success, and they can somehow tend to jeopardise anything good around them. Whether you refer to it as self-defeating behaviour or standing in your way, self-sabotage can interfere with the best-laid plans and goals. Why do they do it? There are indeed many reasons why, instead of shooting for the moon, they end up aiming right for their foot.  They become their worst enemy.

Self-sabotage is any action that gets in the way of your intent. Call it getting in your way, jeopardising your success, call it self-defeating behaviour, call it shooting yourself accidentally in the foot, it is what we know as self-sabotaging. It can be unconscious, and most people are in denial. Many people destroy their relationship, fantastic marriage, business, and success in any endeavour through self-sabotage.

They have an unconscious feeling like they are not worthy; they do not deserve to be successful. Sometimes, it could be underlining guilt. A little concept called cognitive dissonance gives us the answer. People like to be consistent. Usually, our actions line up with our beliefs and values. But when they don’t, they get uncomfortable and try to line them up again. That’s why, if they start to stack up some achievements, but think they’re worthless, incapable, or fill-in-the-blank deficient, they pull the plug to get rid of the disagreement. It feels wrong to fail, but not as bad as it does to succeed.

Another reason why people are self-sabotaging is the need for control. On their part, unconsciously, they feel better to control their failure rather than allowing it to blindside them. They have the in-depth feeling they are not capable of sharing the love so unconsciously; they create problems from issues that are not problematic. They are on a quest to destroy what they think they are not capable of giving. Since they cannot give, they are too proud to receive. They are spinning out of control, so they indulge in self-sabotage.

I come to observe that most marriages fail when couples have achieved a dream together. Initially, they struggled, dig in, and finally, they are reaping the fruit of their hard work. Then one partner is scared and starts screwing things up, frustrate and anger their spouse. They push their spouse to hate them, so they have a reason to end the marriage or relationship. They become too stupid and no longer make any sense. Soon they succeed in offending their spouse. They get what they always wanted, divorce. They did everything to drive the marriage to fail. They can’t see they are the issue. They blame their better half and have good reasons.

Context-specific is the specific reasons why someone may self-sabotage their relationship. People are different with different past: parenting, childhood, teenage years and first serious relationships all affect how we act right now. One big reason most people sabotage their relationships is the fear of intimacy. They are afraid of emotional or physical closeness with other people, mostly from people who love them. We all crave for intimacy, but some people with specific experiences may find the intimacy linked to a cynical and not positive experience. They then exhibit a "push-and-pull"-type behaviour that leads to a relationship breakup or avoidance.

Some people who have experienced childhood trauma (physical, sexual, emotional) or abusive parental relationship have a certain degree of fear of intimacy. They are afraid they will get hurt by people they trust. The moment they trust their spouse, they tend to sabotage the relationship because trust makes them weak. It is a psychological problem and not spiritual. Their earlier trusting relationship with parents or caregivers were broken by abuse. People who fear intimacy believe that people who love them will inevitably hurt them.

Most people often want success so badly that they ruin it before it begins. Overthinking, fantasising;  Imagining; Expecting; Worrying; and Doubting. Just let it naturally evolve. All self-sabotage, lack of belief in themselves, low self-esteem, judgements, criticisms, and demands for perfection are forms of self-abuse in which one destroys the very essence of their vitality. Self-sabotage is like a game of mental tug-of-war. It is the conscious mind versus the subconscious mind where the subconscious mind always eventually wins. People with low self-esteem are more likely to sabotage themselves when something good happens to them because they don't feel deserving.